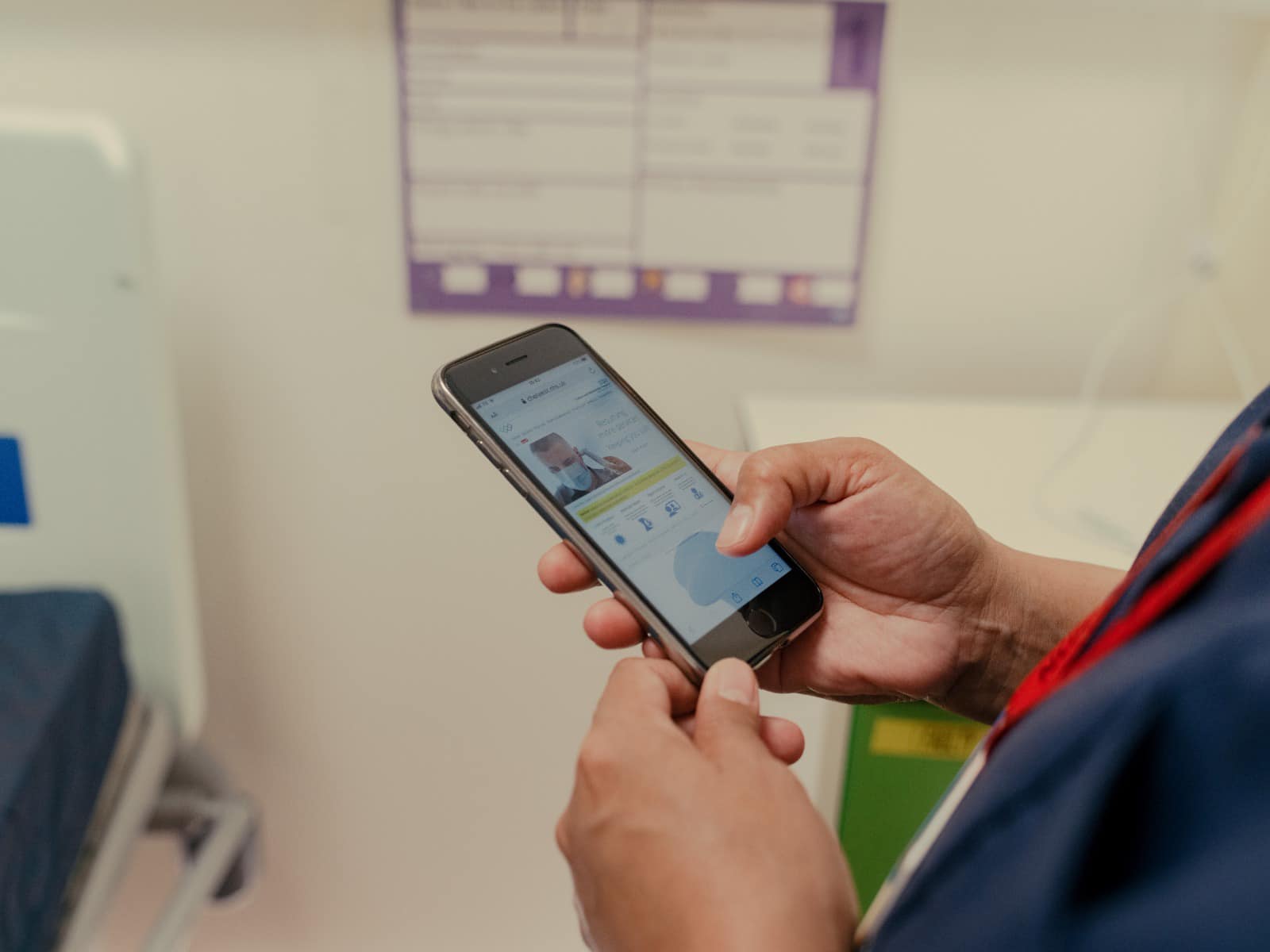 Stroke patients at a West London NHS trust are trialling a remote care tool that allows them to test for signs of atrial fibrillation (AF) at home.

FibriCheck has been co-designed by the CW Innovation initiative led by Chelsea and Westminster Hospital NHS Foundation Trust and its charity CW+.

AF is the most common type of heart rhythm disorder and is a leading cause of stroke. However, it can be intermittent and sometimes asymptomatic, making it difficult to detect.

The FibriCheck app enables patients to check their heart rate and rhythm by placing a finger on the lens of their smartphone to measure pressure pulse signals.

If AF is detected, patients will be called in for formal diagnosis and treatment.

The trial forms part of the trust’s ongoing efforts to enable clinicians to care for patients wherever they are without having to travel to hospital.

The project has been expedited by the CW Innovation programme launched two years ago.

A staff funding call for new digital innovations called RADICAL was introduced this year, with FibriCheck announced as a winning project.

The trial, which has support from the Rosetrees Trust and Kusuma Trust, will test how well AF is detected in people who have had a recent stroke and assess patient experience and satisfaction with the app.

“We are delighted to be able to trial FibriCheck at the Trust, to monitor stroke patients remotely without the need to come into our hospitals.

“FibriCheck is quick, reliable and easy to use, and the diagnostics will provide vital information so we can detect AF earlier in people who have had a recent stroke and undertake the next steps in clinical care to reduce the risk of further strokes.

“I’m confident the app will be a game changer in the way we manage patient care in the Stroke service”.

“This app is a powerful remote monitoring tool to improve AF detection rates and patient outcomes, safely and efficiently.

“We are pleased to be working with the cardiology specialists at Chelsea and Westminster Hospital NHS Foundation Trust to help improve the quality of life and outcomes for patients with long-term conditions.”

Other projects managed by the CW Innovation programme include the Hand Therapy app and apps for managing diabetes and stable HIV at home.

Stroke services ‘stalled or gone backwards in past six years’ 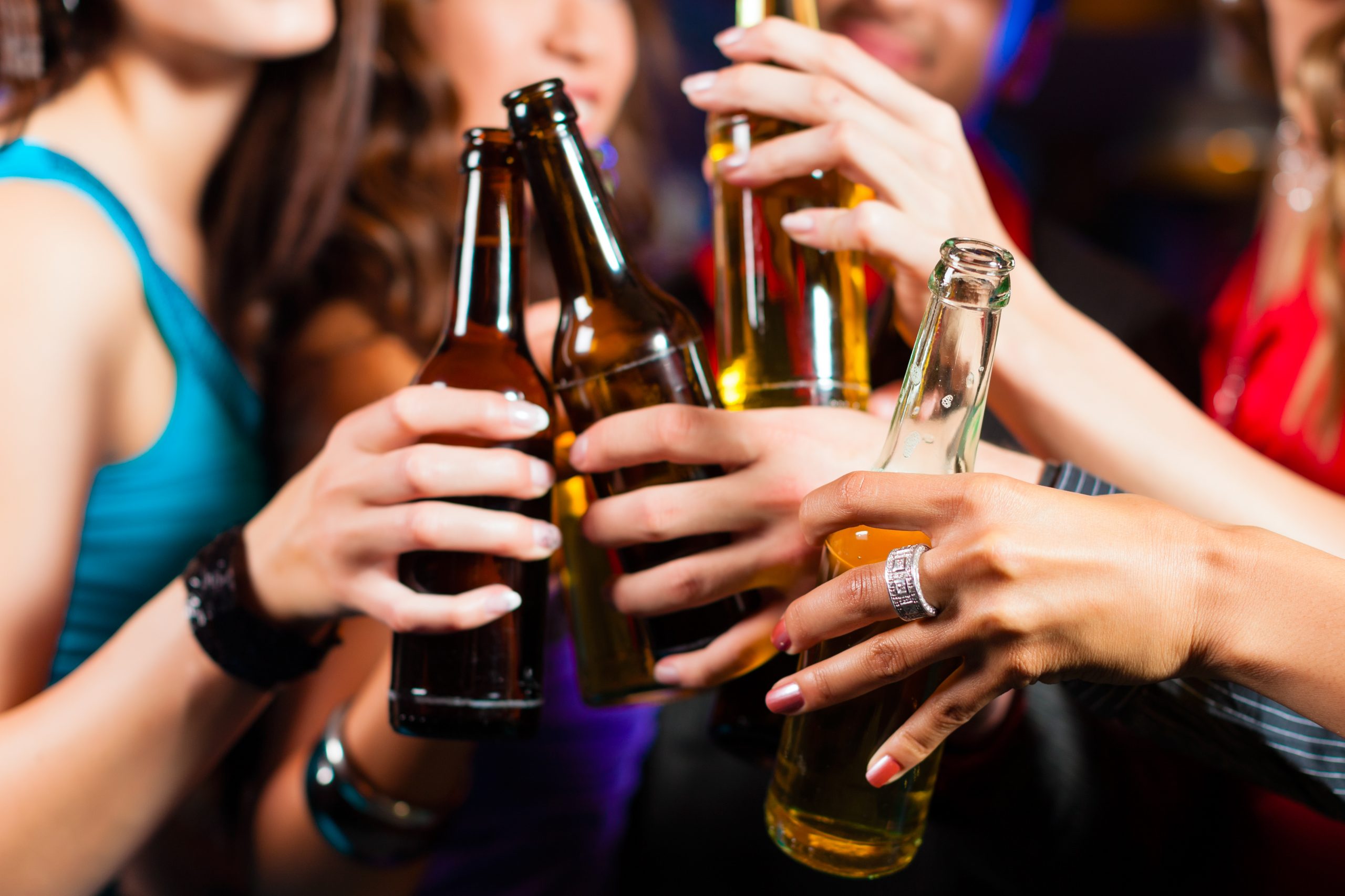 Drinking within NHS guidelines may still increase the risk of stroke, according to a new study.

Experts said that the idea that drinking alcohol is good for you is not supported by evidence.

NHS guidance recommends a maximum of 14 units per week – the equivalent of six pints of average-strength beer or 10 small glasses of low-strength wine.

They analysed hospital admissions related to cardiovascular events and cerebrovascular diseases including strokes.

Over a seven-year-period, participants were asked about their weekly alcohol intake and how much they enjoyed particular drinks.

The data revealed that each additional 1.5 pints of beer above a 14-pint threshold was linked to a 23 per cent increase risk of having a cardiovascular event.

“Among drinkers of beer, cider and spirits in particular, even those consuming under 14 units a week had an increased risk of ending up in hospital through a cardiovascular event involving the heart or the blood vessels.

“While we hear much about wine drinkers having lower risk of coronary artery disease, our data shows their risk of other cardiovascular events is not reduced.

“When these biases are accounted for, the adverse effects of even low-level alcohol consumption are revealed.”

“Current UK guidelines state that men and women should not drink more than 14 units of alcohol every week, so it’s vital for our health to stick within these guidelines and also try and have several alcohol-free days each week.

“It’s important to remember that alcohol guidelines should act as a limit, not a target, and we should aim to try to drink well below this threshold.”

NHS Digital data, first published last October, found that drinking alcohol was the main reason for around 280,000 admissions to England’s hospitals in 2019/20, 2 per cent higher than in 2018/19.

‘Lucky’ genes can protect people with obesity from stroke 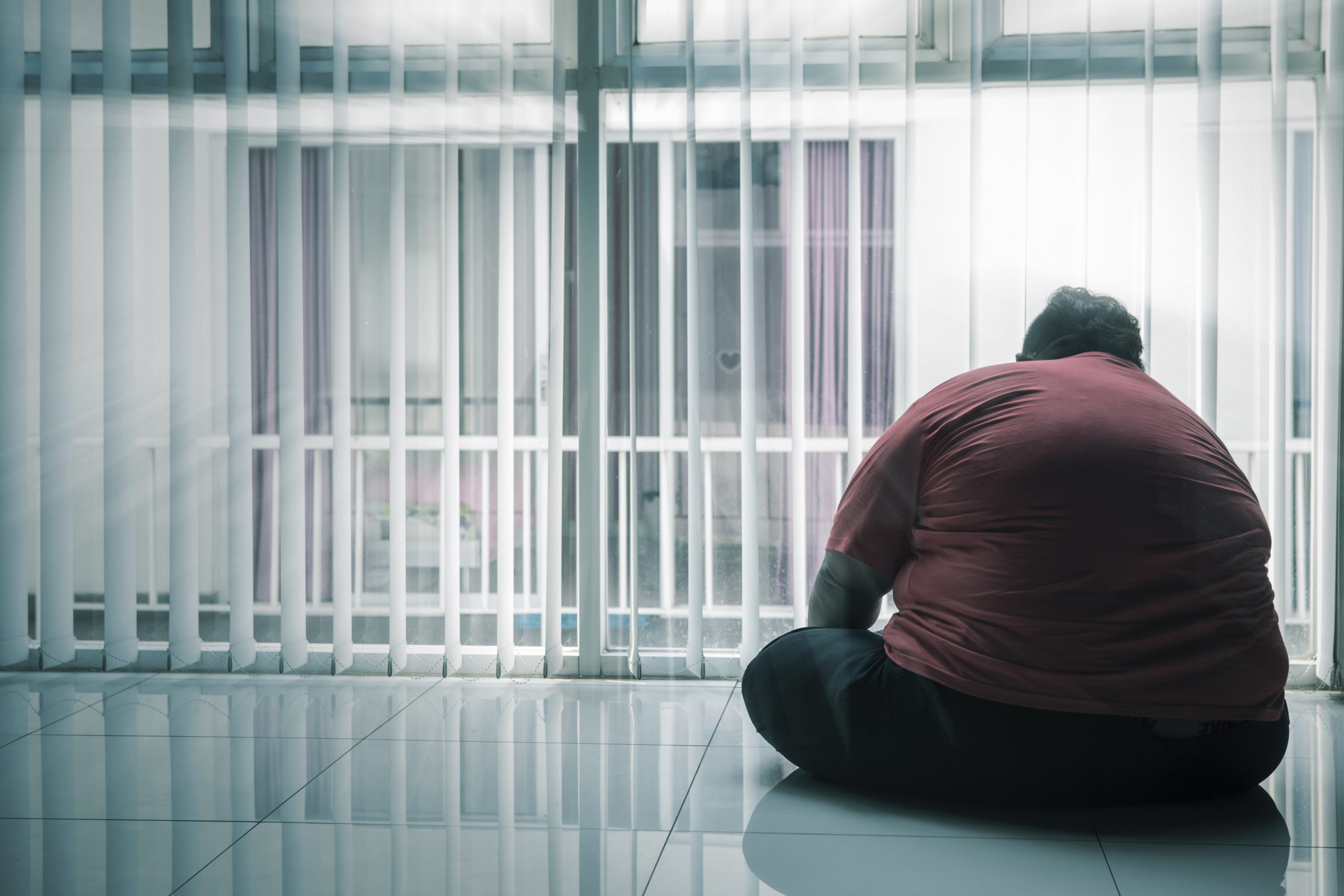 New research has revealed why some people with obesity remain relatively healthy while others suffer from life-changing conditions such as strokes and heart disease.

Our genes determine where and how fat is stored, which is known as having ‘favourable’ or ‘unfavourable’ adiposity.

Anyone with a BMI over 30 is considered obese, but two people with the same BMI can have very different levels of fat stored in different places and ways.

Dr Hanieh Yaghootkar, a lecturer in biosciences at Brunel University London, who led the research, said:

“Some people have unlucky fat genes, meaning they store higher levels of fat everywhere, including under the skin, liver and pancreas. That’s associated with a higher risk of diseases such as type 2 diabetes.

“Others are luckier and have genes that mean higher fat under the skin but lower liver fat and a lower risk of diseases like type 2 diabetes.”

Using a technique called Mendelian randomisation, researchers analysed data from Finland’s FinnGen project and the UK Biobank, which contains information from 500,000 individuals aged 37 to 73 between 2006 and 2010.

Of the 37 diseases scientists tested for, 12, including strokes and coronary artery disease, were directly linked to the genes that determine a ‘favourable adiposity.’

Meanwhile, nine were unrelated to adiposity and were more likely due to an individual carrying too much weight, such as deep vein thrombosis.

The researchers also discovered that some diseases previously thought to be linked to body weight, such as Alzheimer’s, appear to be unconnected.

“To better prevent and measure risk of disease, it is important to understand if obesity is a casual risk factor and if it is causal, which consequences of it – be they metabolic, mechanical or psychological – are deriving the risk,” said Dr Yaghootkar.

She added: “Our results also provide evidence that everyone will benefit from losing their extra fat even if they are metabolically healthy.”

The researchers said that the findings will help doctors decide whether to focus on targeting the adverse effect’s of a person’s obesity or encourage them to lose weight.

“For example, there are many treatments that can lower the high-fat levels in the blood and around the organs that do not affect the extra weight a person carries,” said Prof Timothy Frayling, Professor of Human Genetics at the University of Exeter.

“In contrast, for other conditions, it may be more important to reduce the extra weight as much as, or more than, the damaging high sugar and fat levels in the blood.” 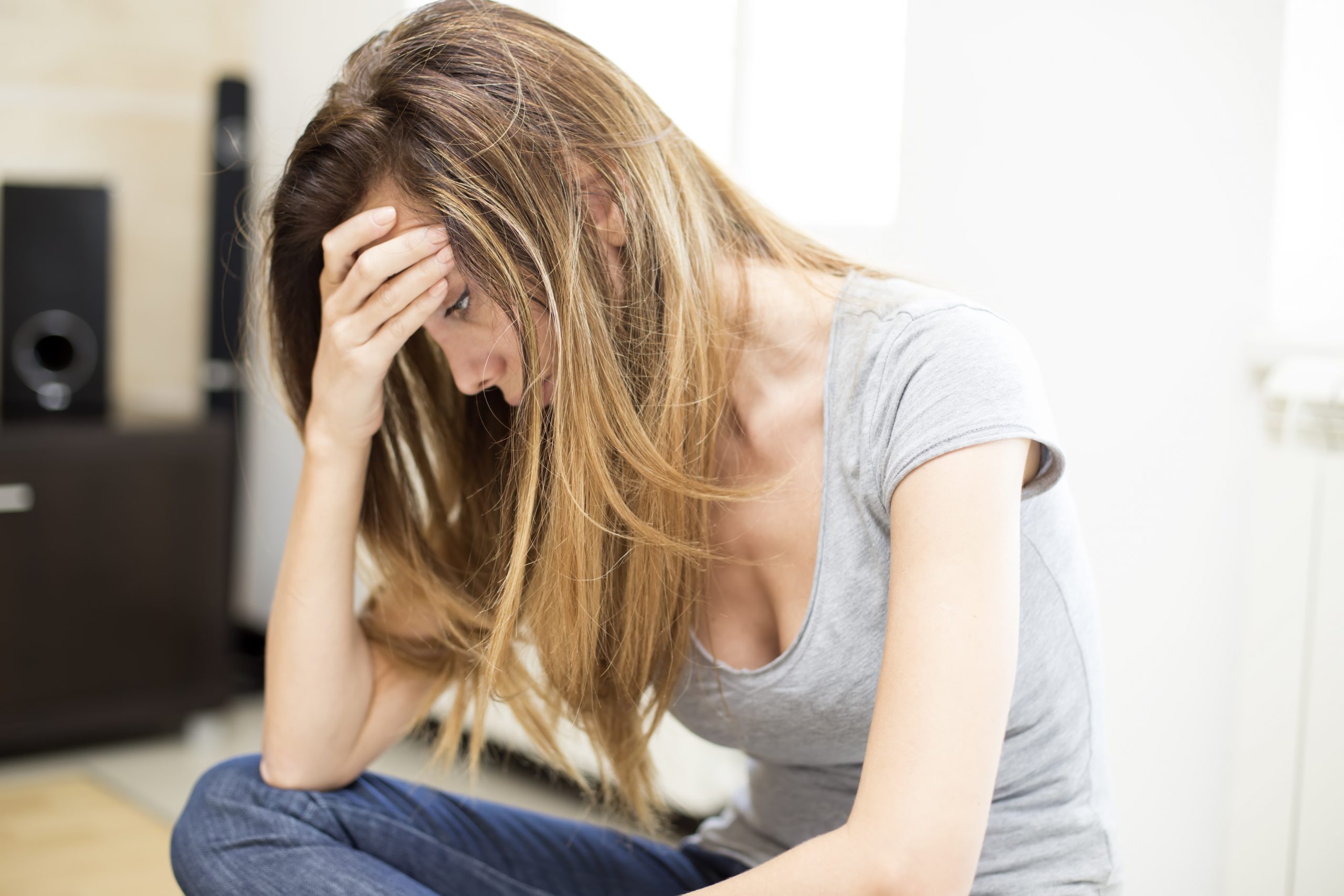 Women aged 35 and below are significantly more likely to have an ischemic stroke than men of the same age, an evidence review has found.

The review of more than a dozen international studies on sex differences in stroke occurrence was published in the journal Stroke.

“In this second annual Go Red Stroke issue, we have compiled some outstanding articles to inform our readers about multiple important clinical and translational science issues addressing gaps in our knowledge of stroke among women.

“Stroke affects more women each year than men. We want all stroke professionals to know about the latest research on the recognition, prevention and treatment of strokes among women.”

The researchers looked at differences in stroke incidence between women and men aged 45 and younger.

They analysed studies on large research database PubMed published between January 2008 to July 2021.

The studies included data on all types of stroke, including ischemic strokes, haemorrhagic strokes and TIAs.

The greatest difference in stroke incidence was found in ischemic strokes among those aged 35 and younger.

An estimated 44 per cent more women than men in this group had an ischemic stroke.

The sex difference narrowed among adults aged between 35 and 45.

The researchers were unable to identify the specific causes of the difference in stroke occurrence.

They concluded: “Traditional atherosclerotic risk factors are a major contributor to ischemic strokes in both young men and women and become increasingly important with age.

“However, these risk factors are less prevalent in younger women and may not account for the observed higher incidence of ischemic strokes in women younger than age 35.

“Young women who are survivors of ischemic stroke also have worse outcomes, with 2 to 3 times higher risk of poorer functional outcomes compared to their male counterparts.”

The researchers said that more work is needed to better define the sex differences in ischemic stroke in young adults.

The role of non-traditional risk factors, such as pregnancy, postpartum and hormonal contraceptives should also be considered, they added.

“Our finding suggests that strokes in young adults may be happening for different reasons than strokes in older adults,” said study co-author Sharon N. Poisson, M.D., M.A.S., an associate professor of neurology at the University of Colorado, Denver.

“This emphasizes the importance of doing more studies of stroke in younger age groups so that we can better understand what puts young women at a higher risk of stroke.

“Better understanding which young adults are at risk for stroke can help us to do a better job of preventing and treating strokes in young people.” 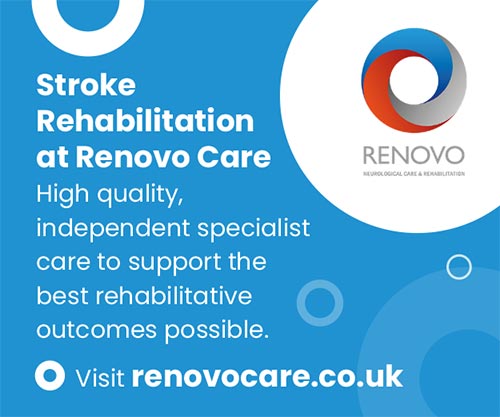